Pickleball for the People

Arizona Pickleball Players League has been bringing team-based pickleball to regions across the state since the nonprofit’s founding in 2019. Instead of costly tournaments that are hard to get into and require weekend-long commitments, APPL’s unique team concept provides a more enjoyable way to experience the social, mental and physical benefits of pickleball.

We wanted to fill the voids that we saw in other pickleball play structures. That’s why we decided to change the game with our competitive team concept that gives you more gametime with more people—all for a lower cost.

The ultimate combination of convenience, community, and competition 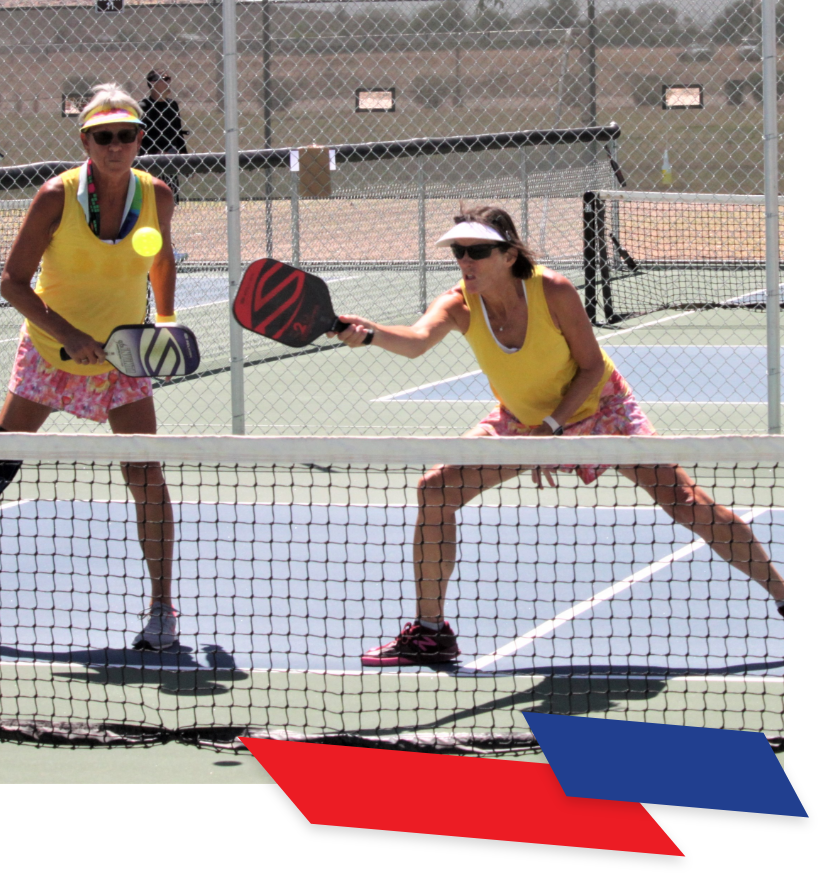 Whether you’re a beginner or pickleball pro, anyone can join and experience the joy and excitement of the game. When you join an APPL team, you’ll get to compete in multiple matches throughout the season with a chance at competing in the season end state championship.

Players across the state

Why was APPL formed?

APPL was formed to develop and introduce competitive team-based league pickleball to Arizona and eventually nationally. We believe there are thousands of players that would like to enjoy a low cost, organized, locally convenient and competitive pickleball experience that is open to all adults ages 18 years and above.

APPL’s objective is to bring a standardized team-based league format to Arizona and eventually nationally as an alternative or addition to the existing singles or doubles tournament infrastructure.

What does “team-based” league pickleball mean?

Team-based league pickleball is a competition where several teams consisting of 6 or more players compete against other teams within the same skill level over a period of months for a championship using a standardized and structured format of play.

How many players are usually on a team?

It is common to have 10-12 players on your roster so you can have confidence that you can field 6 players when you have a match. On match day you will bring 6 players from your roster who will play against your opposing team’s 6 players.

How Large is APPL?

APPL is statewide. It currently operates in the following regions:

How do I join the APPL?

You don’t really “join” APPL. If you play on an APPL team there is a fee that you will pay when you register yourself on that team. If your club or community has indicated an interest to play in APPL you should contact your club APPL administrator and indicate your interest in being on a team. You can also form your own team. If you have a network of similar skilled players that enjoy playing together and they are interested in joining your team, you can register a team on the APPL website.

What levels of play are there?

How much does it cost?

See the website for current cost information. The per player fee for the entire season will continue to be less than the cost to play in one sanctioned tournament.

How often would my team play?

That will vary depending on the number of teams participating in the various skill level flights. Ideally there would be 6 teams in each flight. There can be more and there might be less. There typically would be 8 to 12 matches per season (including state championship playoffs).

Where would I play?

That depends on the League Region. The Casa Grande Region plays at Dave White Regional Park in Casa Grande. The East Valley, West Valley and Southern Regions will play home and away matches at each team’s home court venue. Home courts may be at city or county courts contracted through the appropriate officials (for example city of Phoenix Pecos Park courts, or Tucson’s Udall Park, or Surprise Community Park, etc.) or club courts obtained through a community that have been approved for use for APPL matches. Visiting teams will travel to their opponent’s home courts to play their matches. APPL attempts to reach agreements with various Public (City/County/Regional) and Private for profit venues in each region to make courts available for APPL matches, for a fee.

How long has the league been playing?

The league has been in existence since 2012 and originally started out as the East Valley Interclub League (EVIL). The Arizona Pickleball Players League became incorporated as a nonprofit corporation in 2019. In 2022, 3900 players participated on over 300 teams in APPL leagues throughout Arizona.

If you are a member of a community or club, you should ask your club’s administration if they will be participating and, if so, who is in charge of putting teams together. You can also form your own team if you have a network of similar skill level friends who would be interested in enjoying team-based pickleball. In this case you would simply register your team when registration opens for a particular season. If you’re not able to pull a team together and/or your club is not involved, a Player Seeking a Team form is on the APPL website which you can fill out to let captains know you are interested in joining a team.

Can I form my own team? How do I do that?

Yes you can. There is information on how to form and register your own team on the APPL website.

Do I have to be a member of a club to participate?

Uou do not have to be a member of a club to participate. Many clubs and communities form their own teams and prefer their teams be made up of club or community players but APPL does not require you to be a member of a club or a community to participate. Anyone can form a team if they can meet the requirements such as securing a venue for their home matches, having enough players, etc. The Casa Grande Region does have some additional conditions stemming from having all their matches played at Dave White Park. See the Casa Grande specific FAQs for more detail.

How is an APPL match played?

See the narrative below taken from the APPL Rules of Play.

Match Day Teams: On match day the captain will bring 6 players to play on 3 doubles teams. Line-ups identifying the doubles teams on the scoresheet will be exchanged prior to the start of the match after which they may not be changed. The 3 doubles team partners will stay together for that day’s match unless substitutions are made (see substitution rules). Captains or their designees are required to be on-site at each match.

Do I have to be a member of USA Pickleball to participate?

No, you do not need to be a member of USAP to participate in any of the APPL leagues. In addition, your APPL match results do not affect your UTPR rating if you have one.

The APPL Regional leagues’ age requirement is 18 years and over. There are 2 age defined leagues (18+ and 55+) in each region in each division (Men’s, Women’s & Mixed).

When does the next season start?

How much does it cost?

Where and when would I play?

How many teams are in the Casa Grande Region?

The Casa Grande Region is a community based league with 6 communities participating: Dave White, Palm Creek, Robson Ranch, Mission Royale, Sun City Anthem and Encanterra. Each community fields teams in Men’s, Women’s and Mixed Divisions in Flight skill levels of 3.0, 3.5, 4.0 and 4.5/5.0. Typically each Flight in each division might have 5-7 teams. Ordinarily there would be 50-70 teams in the region.

Can I form my own team? How do I do that?

If you are a member of one of the 6 communities in the Casa Grande Regional League you should contact your club/community administrator and indicate your interest in forming a team.

Do I have to be a member of a club or community to participate?

The APPL Regional leagues’ age requirement is 18 years and over. There are 2 age defined leagues (18+ and 55+) in each region in each division (Men’s, Women’s & Mixed).

When is the White Mountain Region APPL season?

The APPL White Mountain Region season occurs in the summer every year. The season typically starts in June and ends in August.

Learn more about our team-based leagues and how to join